Honda is a massive name in motorsports but do their jet skis still hold up in the current age? We find out if Honda still cut it in 2020. 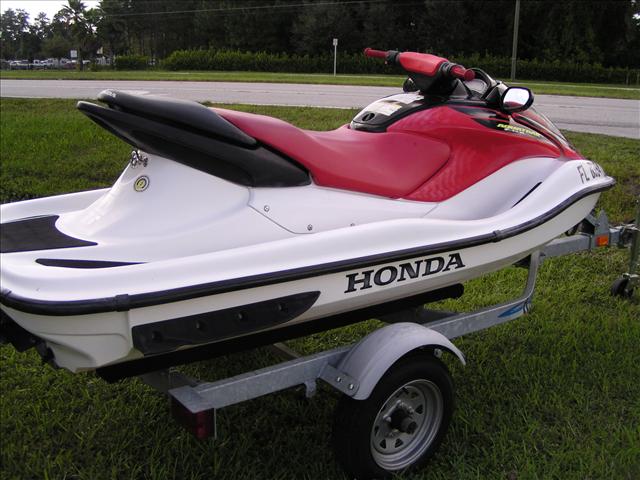 Not too long ago buying a Honda jet ski seemed like a sound decision for a PWC enthusiast. After all, Honda is very well known for making dependable vehicles, so it only makes sense that their watercraft would hold the same reputation.

Unfortunately, a struggling PWC market and a decline in sales forced Honda to stop production.

At first, there were rumors that a new line up would be eventually released, but it’s now been several years and nothing has changed. It’s time to accept the fact that there will be no new model for the foreseeable future.

Luckily for all the Honda fans out there, it’s not all bad news. Although there may never be a new line up released, there is still a thriving used market filled with various models like the AquaTrax.

This poses the question: is it still worth it to buy a Honda jet ski in 2020?

So, what went wrong for Honda?

It’s hard to say for sure but an overall downward trend in the PWC market surely led to Honda’s lack of interest in the scene.

It became a less lucrative market for them and with so much else going on in the company why invest money in an area where returns are diminishing?

It has to be said too, is Honda really suited to the PWC scene? We love their cars because they are reliable, safe, and functional. While these things are certainly great in a jet ski too, I think I can say for all of us that excitement is usually a major factor too.

A massive contributing factor to Honda exiting the PWC scene was their sales strategy or lack of it. They were extremely selective about who sold their product and their jet skis were only actually available in 4 countries worldwide.

Another point was that Honda only sold their watercraft in 4 countries and only a few select dealerships.

The Pros & Cons of Honda Watercraft

Before making a decision, it’s good to understand all the major benefits and drawbacks. Of course they may vary slightly depending on the model and year, but generally, they can be applied across the board.

Is there ever going to be a new model?

Even before Honda ceased production of their personal watercraft line, people were already wondering if they were ever going to release a new model. Almost 10 years later, that question still comes up quite often. The fact of the matter is Honda models were really well made, and there were a lot of genuine fans.

Sadly, it doesn’t seem like they’re in any rush to re-enter the personal watercraft industry. There were a few decades when the entire personal watercraft scene all but completely died out. It took years for them to regain popularity, and at this point, it would take a lot of work for Honda to regain its market share. There would be a large amount of research and development required for them to catch up, and it’s hard to imagine that it would be worth it for them.

Although there have always been rumors of a revival, recently they’ve really begun to pick up. Hopefully, there is some truth behind the rumors, as much of the PWC scene would love to see what Honda can do with new tech. For the time being though, it’s all just speculation. Until they release some official news, it’s better not to get hopes up.

Buying a used Honda Jet Ski – Is it worth it? 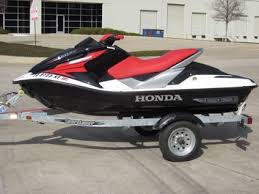 Before buying any used jet ski, it’s worth it to check out our buyers guide. It has a couple of good tips and tricks that every used buyer should be aware of.

What stops most people from buying a Honda model is the potential cost of maintenance. Unfortunately, that’s just a risk that can’t be avoided. Every used jet ski is going to be at a higher risk of breaking down. The only difference is since Honda watercraft aren’t in production, their replacement parts may be more expensive or difficult to find.

Costly breakdowns can be avoided with things like good maintenance or buying a jet ski with low hours, but there’s never a guarantee. It’s just something that comes with the territory of buying used.

It’s sad to say, but buying a Honda PWC may not be worth it to a lot of people. The money saved on the price doesn’t always make up for the cost of maintenance, and not everyone wants to take that risk. Of course, there are still some good models out there, but they can be difficult to find.

In the end, the choice is ultimately up to the buyer. For some people, it may still be worth it to buy a Honda, but for others, the risk just isn’t justified.

If buying a Honda isn’t worth it to you, try looking at our comparison of the other top PWC brands.

If you enjoyed this article then make sure you check us out on social media or join our mailing list. You’ll be the first to see new posts like this when they go live.

Everything to know about Waverunner Rentals