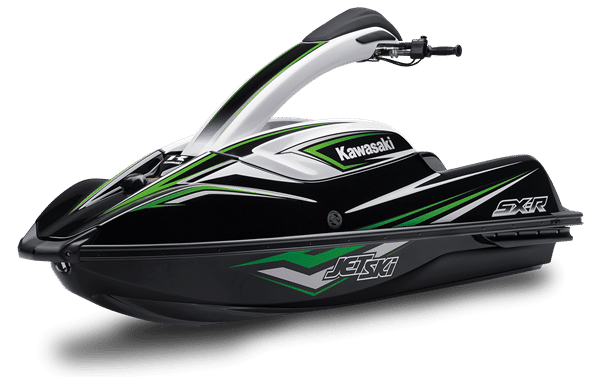 Learning how to ride a stand up jet ski can be an intimidating task. They’re unlike any other watercraft, and require much more skill than the average sit down model.

Although it can be a frustrating process for some people, learning how to ride a stand up jet ski can be well worth the trouble. A lot of people who learn how to ride stand up watercraft never even go back to sit downs. Some people are lucky enough to get it on their first try, but for those who may be struggling, these are a few tips to keep in mind.

Before learning how to ride a stand up jet ski

Prior to riding a stand up jet ski for the first time, there are some important safety concerns riders should be aware of.

Before getting on any watercraft, not just a stand up jet ski, riders should always have a proper personal flotation device on.

Ideally, the rider operating the jet ski should have some sort of emergency cut of switch attached to their PFD. This ensures that the engine turns off in case they get tossed off the watercraft.

Finally, it’s always good that all riders get briefed on the specific jet ski they’re going to be riding. This means knowing where the controls are, and understanding what they do.

How to get started on a stand up jet ski

The most common way to get started is in shallow water. Typically waist high water works best, but there’s no set rule.

Before anything else, riders should start off by ensuring the emergency shut off is properly connected to their PFD. Once they know it’s securely in place, it’s okay to get into position and proceed with getting started.

While holding onto the handlebars, place one knee onto the deck of the jet ski. Usually people prefer to stand with their dominant foot in the water, with their non dominant foot kneeled on the deck. Ultimately it comes down to whatever feels most comfortable. The important part here is to be sure nothing is in front of the jet. Some beginners stand in front of the jet when starting out, which can be dangerous and cause injuries.

With one leg still in the water, and the other kneeled on the watercraft, start the engine and begin to slowly move forward. As the watercraft picks up speed, it will plane much easier and gain buoyancy.

While moving forward, pull the dominant leg up out of the water, and onto the jet ski. Ideally this is going to be the lead leg, and it should be at the front of the tray. Transfer weight onto that lead leg, and then stand up onto the watercraft.

Foot placement while riding varies from person to person. Usually it’s recommended for beginners to have their feet spread out diagonally on the tray. Whatever their lead foot is should be in the top corner, with their other foot in the bottom corner on the opposite side.

Anything past waist high is considered a deep water start. There are two main ways to get started in deep water. Anyone learning how to ride a stand up jet ski should at least be aware of both of them.

The first way is to push the jet ski tray down into the water, allowing the rider to place their knees on the back of the deck. Sometimes the watercraft is already running at this point, but if not, go ahead and start it up. As the jet ski gets going and gains momentum, riders can then move their lead foot forward and stand up, adjusting their footing as they ride. This is really similar to the shallow water start, but with both knees already on the deck.

Another way people choose to start a stand up jet ski in deep water is what’s called body dragging. As the name implies, riders place they forearms on the tray while holding the handlebars, and their body glides across the water as they get going. As they gain speed, they do a push up like motion and slide their knees under their body, and onto the tray. They then slowly stand up, and adjust their foot positions as they go. When doing this method, be very sure not to be in the way of the jet. This is a common problem with this method, so always be aware of where the jet is positioned.

Related: Stand Up Jet Ski VS Sit Down Jet Ski

How to turn on a stand up jet ski

Believe it or not, learning how to turn on a stand up jet ski is harder than most people think. That being said, with it a little bit of practice, it’s easy to get the hang of.

Start out by doing mellow turns at a moderate speed. This allows for riders to get comfortable on a stand up jet ski, and really feel out how it handles. While turning, riders should always lean into the turn, while increasing acceleration. Often times this is where beginners mess up, and end up in the water. Failing to lean in properly, or simply not accelerating, are the two most common mistakes people make when turning on a stand up jet ski.

For some people, they find it easier to change their footing according to the turn they’re making. Generally this means using the left foot as the lead foot for left turns, and the right foot as the lead foot for right turns. Some people may find that shuffling their feet around is too difficult. Instead of moving around, they simply choose to keep their feet planted regardless of the turn.

Realistically, there are tons of mistakes people make when learning how to ride a stand up jet ski. However, these are a few of the more common ones to avoid.

Whether or not people admit it, even the most experienced riders fall off quite often. It’s important to remember that everyone started somewhere. Never get discouraged if it takes a while to learn how to ride a stand up jet ski.

Some people are simply fast learners, so don’t get putt off by someone else’s progression. Stand up jet skis aren’t the easiest machines to operate, but for those willing to put in the time, they can be well worth it.

How to Winterize a Jet Ski