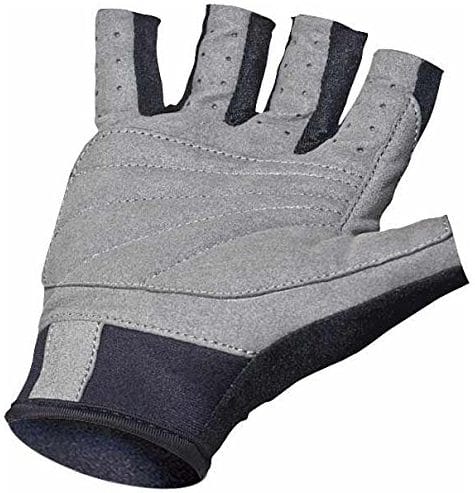 Jet ski gloves are often times an afterthought for pwc owners, assuming that they’re even thought of at all. It’s not until after someone gets a blister or looses their grip on a turn that the idea of jet ski gloves even comes to mind. Although it’s probably good to get a pair of gloves before that happens, it’s better late than never.

These are some of the best jet ski gloves, and a couple of reasons why it’s good to wear them.

Whether or not people realize it, a pair of jet ski gloves are actually really practical to have. These are a few of the more important reasons why they’re useful.

One of the more obvious reasons for using jet ski gloves is to retain grip. When handlebars get splashed and fingers are pruned, it can be hard to grip properly. A set of gloves just goes the extra step to ensure no throttle slips happen.

Even when a jet ski isn’t in motion, gloves can be pretty useful to have. Tasks like anchoring or docking can be much easier with the added grip of gloves.

A really popular time to wear jet ski gloves is during the fall and winter seasons. Hands are often more exposed to wind and spray than other parts of the body, so they need an extra layer to keep them warm.

People with proper winter clothing can extend the riding season by months, and gloves play a crucial role in that. Other than a good jet ski wetsuit, gloves are one of the most important winter clothing items to have.

Some people will still ride even if their fingers are numb, but a pair of gloves can eliminate that problem.

It doesn’t take very much time in the water for hands to become pruned. Once that happens, it’s much easier to get cuts or scrapes even on the manliest of hands.

Aside from preventing cuts and scrapes, gloves can also stop blisters from happening. Some jet skis just don’t have comfortable grips (mostly older models), and it’s easy to get blisters when riding them. Jet ski gloves are a great way to make sure all that doesn’t happen, even when hands are wet.

Gloves are also great for preventing sunburn. Since hands are left exposed while riding, it’s one of the easiest places to get burnt. Even a thin pair of gloves can prevent that from happening.

When it comes down to it, just about any riding gloves can function as jet ski gloves. However, some options work much better than others.

Typically jet ski gloves should be made at least partially out of neoprene, which is a very water friendly material. This is a good indicator that the gloves were at least intended to be used for watersports.

Normal dirtbike or atv riding gloves aren’t going to function as well in the water as jet ski gloves will. They aren’t as durable, they don’t grip as well, and they won’t keep hands warm. As a last ditch effort they can get the job done, but if possible, gloves intended for watersports are a much better option.

There are plenty of different choices out there, but these are some of the bet jet ski gloves currently available.

One of the biggest problems people have with wearing jet ski gloves is not having full mobility with their fingertips. With 3/4 finger gloves, that problem is solved.

These aren’t the best cold weather gloves, but they’re perfect for Spring and Summer riding. They’re fast drying and breathable, but thick enough to give some added protection.

The only downside to these is they can sometimes fit a bit small, so consider going an extra size up. 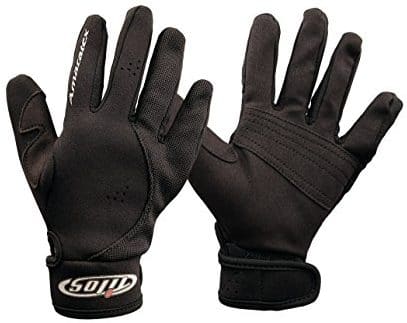 What makes these some of the best jet ski gloves is their stretchy mesh material. They allow full mobility, without compromising protection.

These gloves are one of the more well rounded options available. They’re 1.5mm thick, making them perfect for moderate temperatures.

Anything thicker than 1.5mm is going to be better for cold climates side, and anything thinner is really only suitable for warm weather. These gloves fall right in the middle. 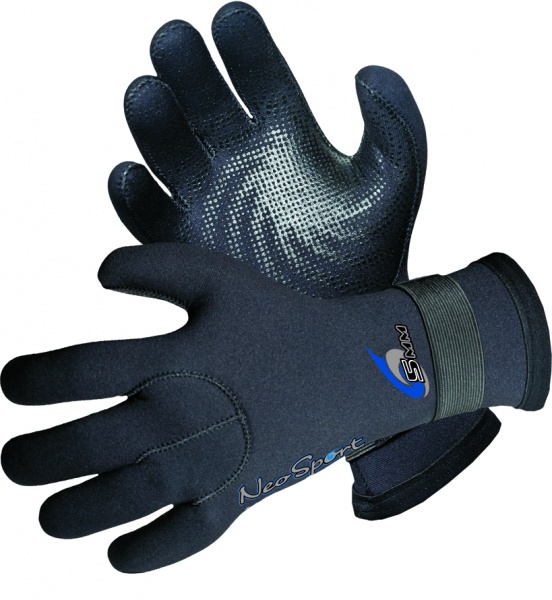 Despite that these are technically wetsuit gloves, they’re great for pwc. The neoprene material will keep hands warm and padded, while still providing grip.

Keep in mind that because these are wetsuit gloves, they aren’t designed to keep hands dry. Wetsuits actually retain heat by trapping a thin layer of water inside that helps retain body heat. So unlike other gloves, having water inside of these is actually needed for them to work properly.

There is an option to get these gloves in either a 3mm thickness or 5mm thickness. Both options are great, but they come with trade offs. The 5mm gloves will be warmer and more padded than the 3mm version, but they won’t be as flexible.

Although a good pair of jet ski gloves is nice to have, there are tons of other useful jet ski clothing items out there. These are a few guides on some of the other items worth looking into: