Jet Ski’s MPG (and how to calculate them) 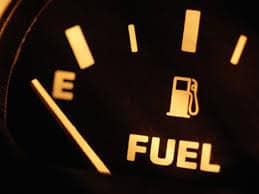 Determining a jet ski’s mpg is an important question many new buyers ask. It’s good to be concerned with exactly how far a jet ski can go. An educated buyer should always know how much it’s going to cost to maintain a jet ski, and fuel consumption is a big part of that.

If you’re curious about prices, here is an article on how much a jet ski costs in 2016.

Figuring out a jet skis mpg can be harder than figuring out a car or trucks mpg. Jet ski’s and PWC in general are much smaller than average vehicles so their gas usage varies more easily. Adding an extra passenger may not even phase a cars mpg but it would definitely affect how far a jet ski could go. 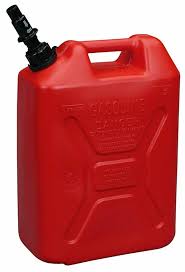 To find out your jet ski or waverunners mpg, fill the tank completely up and reset the odometer. Ride until you reach at least half a tank. Keep in mind the closer you get to being empty the more accurate of a calculation you will get. When you are done riding, refill the tank completely. Divide the amount of miles you rode by how many gallons you refilled the tank with and that is your jet ski’s MPG.

So basically the formula is:  miles ridden / gallons refilled = mpg.

There are several things that can affect how much gas a jet ski uses.

The faster you ride a jet ski, the more fuel it will used. Most people consider 35mph a cruising speed, anything above that is going to start burning fuel more rapidly. Think of this as city mpg vs highway mpg.

The type of engine greatly determines a jet ski’s mpg. An engine with more than 200hp is most likely not fuel efficient. More cylinders and a larger displacement are going to increase fuel consumption. It makes sense that a jet ski with a supercharged engine is going to use much more fuel (as well as more expensive fuel) than an average recreational jet ski.

If you find yourself shopping for a high cc supercharged engine, be prepared to pay for the gas and maintenance its going to require. 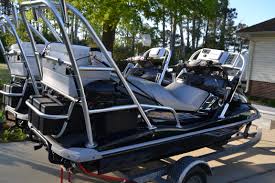 Check out our list of essential jet ski accessories!

In the world of PWC, often times people go by GPH or gallons per hour rather than MPG. The reason being is a lot of people don’t keep track of how far they went, but they know how long they were riding.

On average a jet ski uses 6.5gph-8gph at a cruising speed of 35mph. When the throttle is opened up, a jet ski will use between 20gph and 25gph. As you can see there is a huge margin between the cruising gph and the full throttle gph.

How far a jet ski can go on a tank mostly depends on how it’s ridden. Jumping wakes and racing your friends is fun but it will cost you a little extra. Luckily for riders PWC are generally pretty fuel efficient. Even supercharged, inter-cooled, high hp engines fair well in comparison to other vehicles. Gas consumption shouldn’t be the biggest concern but it is important to consider.

Do you have any questions or suggestions on figuring out jet ski mpg? Let us know in the comment section below.

Everything to know about Waverunner Rentals