Kawasaki SX-R Review- Back and Better

The Kawasaki SX-R has long been considered one of the best jet skis to ever hit the water, but a 6-year hiatus in production left many people wondering if they would ever return. After half a decade of waiting, the new 2019 Kawasaki SX-R is finally available, and it’s better than ever. This review of the Kawasaki SX-R will go over all of its new features and specs. 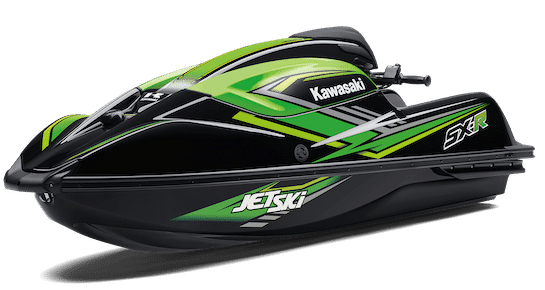 Overview of the Kawasaki SX-R

As most people already know, the Kawasaki SXR was/is one of the leading stand-up jet skis in the industry. It provides a powerful, responsive ride that allows for an aggressive and playful riding style.

For years the SX-R 800 had a loyal following, but unfortunately, it was discontinued in 2011. Used models were still swapped back and forth by private sellers, but most fans soon realized there weren’t going to be any new models made. Fast forward a few years and Kawasaki is ready to take a shot at reviving the SX-R to reclaim its title as the best stand up jet ski.

Take a look at the video below to see how the Kawasaki SXR 1500 stacks up!

Kawasaki has really stepped their game up this year by revamping their entire lineup, and the SX-R is a big part of that. The large gap in production allowed plenty of time for advancements in technology, giving the SX-R a huge boost in performance. With a new engine, body, and hull, the Kawasaki SX-R has really been given a breath of life. 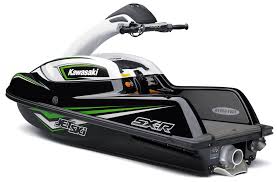 Borrowed from the STX-15F, the 1,498cc inline 4-cylinder, 4-stroke engine is a Kawasaki classic. Being one of their most popular engines, it’s responsible for providing that well known Kawi riding style.
Its power to weight ratio is what a PWC enthusiast dreams of having on a stand-up jet ski. For those new to the world of stand ups, the torque delivered will make getting off the line much easier.
Just like the engine, the Kawasaki SX-R shares the same 3-blade stainless steel impeller as the STX-15F. Thanks to the borrowed upgrades, the acceleration of the new SX-R is more powerful than ever. It’s nothing less than what you’d expect out of this new and improved fan favorite.
The Kawasaki SX-R has a top speed of 65 mph and 160 horsepower. That’s double the hp of the SX-R 800, which is impressive even considering the large gap in production. To compensate for the added speed, Kawasaki upgraded the fuel capacity from 4.5 gallons to 6 gallons.

An entirely new hull design was outfitted on the Kawasaki SX-R. It has a deep-V shape to allow incredible cornering and all around impressive handling. Fortunately for anyone with a heavy hand on the throttle, there’s a Kawasaki Splash Deflector on the front to minimize spray when riding.

This new hull has no problem pushing through waves and chop because the engine is located so far in the back. Keeping the weight low and in the back greatly reduces the impact riders feel when crashing through wakes.

The tray is covered with Hydro Turf traction padding so riders can grip easily. There’s a 5-degree incline on the platform to angle riders towards the handlebars slightly. While this may not make a huge difference, it’s definitely noticeable.

One of the best things about the new Kawasaki SX-R is all the added features. This is one of the areas where the gap in production between the previous SX-R really came in handy. Since there wasn’t the normal annual model deadline, Kawasaki had time to add in some useful functions people would appreciate.

For starters, there is a watertight small storage compartment beneath the handle pole. This is such a convenience because storage on a jet ski is typically hard to come by, especially on stand up models. Although the storage compartment isn’t large, it’s enough to hold the essentials.

The SX-R has anti-corrosive dirt bike style handlebars that house the majority of its bells and whistles. Real estate is limited on the dash of stand up jet ski’s, but Kawasaki did a great job at utilizing the little amount of space available. Located on the handle pole pad are two small lights, one check engine light, and one low fuel light. Riders can check these lights any time the magnetic key ignition is turned on.

Even though it seems insignificant, the easily removable bilge drain plugs is one of the best features on the SX-R. Nothing kills the buzz of a fun day on the water like a frustrating after-use draining.

As of now, the Kawasaki SX-R costs $9,999. By no means is that cheap, but given the amount of performance delivered it’s a pretty fair price. Several predictions of the new SX-R placed its price tag much higher, so keeping the MSRP below 10k was a nice surprise for many.

There are a ton of specifications that weren’t mentioned already in this review. These are all the major measurements of the SX-R. More detailed specs can be found on Kawasaki’s website here.

An unbiased opinion of the Kawasaki SX-R

The advancements made from the older SX-R 800 to the new SX-R are nothing short of impressive. From doubling the horsepower to creating an entirely new hull, Kawasaki really put together an excellent watercraft. That being said, there are a few drawbacks that should be noted.

Even though there was a multi-year gap between the production of the Kawasaki SXR 800 and the new SX-R, Kawasaki wasn’t actually working on a new model for very long. It’s amazing to see what they managed to put together on such short notice, but it’s also a little disappointing.

The new Kawasaki SX-R uses a lot of the same parts as other Kawi jet ski’s. Utilizing what’s already there makes sense, but it’s hard to not imagine what they could have created with a little more time and effort. If the new SX-R had been made with more tailored parts, the final result could have been like nothing else ever made. Okay maybe that’s a little dramatic, but you get the point.

In the end, the sharing of parts probably drove down the costs by a lot, resulting in a lower price tag, but it’s still hard not to think “what if”. Maybe the new SX-R is as good as it could have been, but maybe not. Either way, Kawasaki did a great job at reviving a fan favorite.

For most people, Kawasaki delivered exactly what they were asking for. They brought back that powerful, aggressive stand-up jet ski that everyone grew to love. The season is still young though, and only time will tell if the Kawasaki SX-R will regain the status it once had.

Have you ever owned a Kawasaki SX-R? Would you buy one again?

A Beginner’s Guide to Riding a Jet Ski